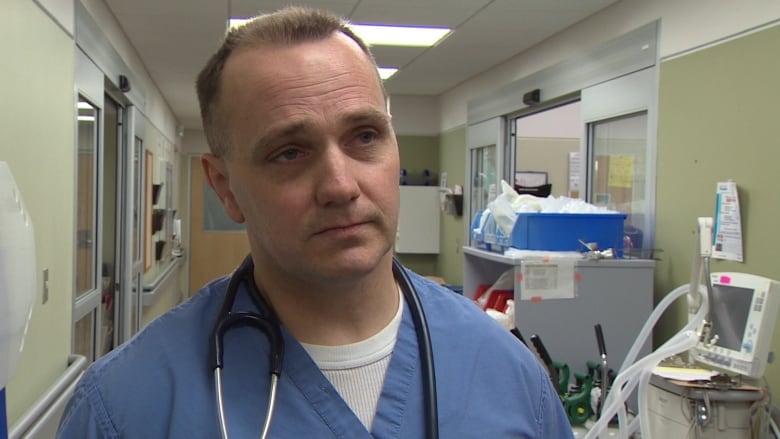 At Nova Scotia’s largest hospital, treating people who are drunk or suffering from alcohol-related injuries is commonplace.

But what really worries Dr. Warren Fieldus, an emergency room physician at the QEII Health Sciences Centre, is the growing number of young people who need help for serious alcohol abuse.

“A newer trend we see, which is a little bit alarming, is [people who] are alcohol dependant,” he said. “So people who have been abusing alcohol so much that it’s now coming out in their physiology at age ranges that are getting younger all the time.”

The early signs of liver cirrhosis, normally reserved for 50 and 60-year-old alcoholics, are now showing up in 20 and 30 year olds, Fieldus said.

“It worries me that people are drinking earlier and they’re drinking more on a constant basis,” he said.

For Fieldus and his colleagues in the ER, it means dealing with people suffering serious withdrawal symptoms or complications related to liver damage.

“You have to have quite a lengthy amount of alcoholism in order to start seeing these physiological changes that we’re now seeing in 20 and 30 year olds.”

That kind of damage, according to Fieldus, means these young people are drinking all the time.

“People are drinking every single day and usually on the order of five to 10 drinks a day,” he said.

‘Lives are being destroyed’

What doctors are seeing anecdotally seems to confirm figures compiled by the Nova Scotia Department of Health, which suggest four in 10 men and two in 10 women are heavy drinkers.

The province defines someone who drinks heavily as a man who consumes five or more drinks at one time. The same is true for a woman who has four or more drinks.

According to the 2011-12 Alcohol Indicators Report, half of all the undergraduates who go to a Nova Scotia university drink heavily when they decide to have alcohol, and drink that way at least once a week.

Fieldus said education might help some who don’t really understand the damage potential of alcohol and the dangers of binge drinking, which are exacerbated by the feeling of vulnerability many young people feel at their age.

But Fieldus is worried the current trend will continue with tragic consequences.

“These are young people whose lives are being destroyed,” he said. “All they are doing essentially is drinking.”